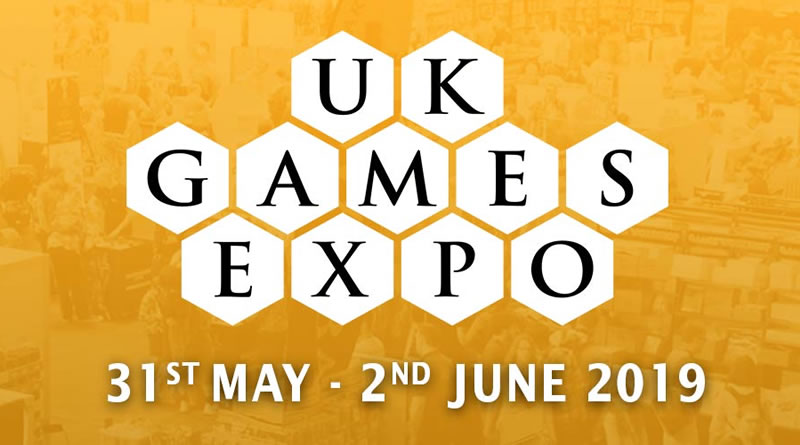 May is just around the corner…so now I’m counting down the weeks to my favourite gaming event in the UK, ever and ever, jinx no comebacks!

This year will my third visit to the show and based on my experiences from the last two (especially 2018) this is now ONLY major event I make time for in the UK. Sure, I will still support the local events such as Vapnartak in York and Fiasco in Leeds, but the piggy bank gets cracked open annually now for this one major blast.

And what a blast it is…running from Friday 31st May to Sunday 2nd June this year, the Birmingham NEC once again opens up its vast halls and some of the grounds outside to 3 days of gaming perfection.

Last year cemented the show in my diary for a number of reasons, but the stand out was the ability to experience new games and accessories WITH the people who designed them.

Sure, you can experience the big releases from the big companies such as Fantasy Flight Games and Games Worskshop, but the magic for me was discovering the genius of smaller publishers, designers and start ups.

For example, the first time I experienced Escape The Dark Castle by Themeborne was at last year’s UK Games Expo…and that was by playing a 2 player game with Thomas Pike, one of the three creators of the game. It went on to become our Game of the Year for 2018/19 and you can read our full review here!! 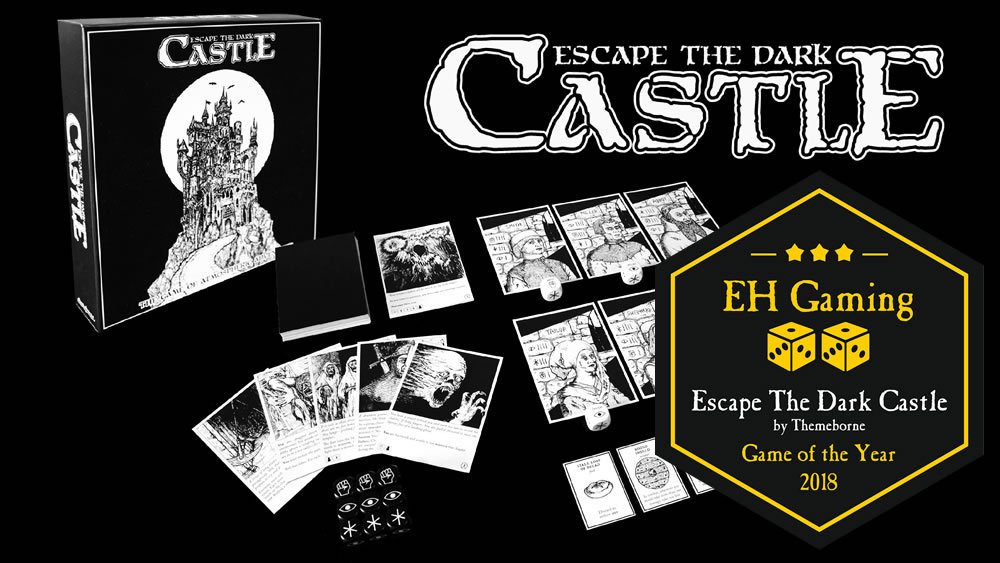 I discovered the quite incredible Big Book of Battle Mats for the very first time at UK Games Expo last year and got to discuss it with Matt Henderson himself who created it! It was my joint ‘Best Accessory’ of the show last year, which I called at the end of the first day and was very chuffed to see it actually eventually win the official ‘People’s Choice Award: Best Accessory’ after the show had finished.

The Big Book of Battle Mats was still a forthcoming product at the show last year so it was amazing to be able to identify a ‘must-buy’ at that very early stage, and as a gamer who reviews and sells products it was amazing to be able to get behind a truly incredible and affordable product at the very first stages. The Big Book, along with The Giant Book of Battle Mats (which followed a few months later) have been a best seller for us since we added them to our online store, and our review video will help to explain why it is just so darn good!!

Other titles of note that were there before they came out or had just been released, with playable demos, were the Warhammer Champions card game by PlayFusion, the Big Trouble in Little China board game, Blood Red Skies by Warlord Games among many, many others.

At the 2017 show, I was able to play a scaled down game of Warhammer 40K 8th Edition weeks before it was released and got my first demo game of the Warcradle version of Wild West Exodus, which is now a very well established and supported (and amazing) tabletop game.

You will see the gents from Shut Up & Sit Down wandering around the show and get to see their live event, The Dice Tower presenters will be there – Games Workshop fans can queue to get into the preview seminar and get the goss before anyone else.

If competitive play is your thing then there are major competitions (and fun ones) happening for Keyforge, Star Wars Destiny, Legend of the Five Rings, Warhammer Champions, Star Wars X-Wing and Armada, Catan, Carcassonne and much, much, much more…check out the Events section of the UK Games Expo website for more details.

So, to answer the title of this post…UK Games Expo…Unmissable? Yes, absolutely 100% unmissable…it’s crazy busy at the weekend so pile in if that’s the only free time you have, but if you’re available on the Friday then my tip is to go for that day as whilst still busy, it is a little bit quieter and the Friday night in the surrounding hotel bars are just full of random gaming so don’t dash off home early!